In January, over 55 years ago, Eon Productions began filming the first James Bond movie, Dr No, in Jamaica. Amidst buzz around the 25th movie in the franchise this tribute to the first 007 looks back at the inimitable Sean Connery and the other 5 ‘Bonds’ (not counting David Niven in the non-Eon parody) who followed him.

In Dr No, a tuxedo-clad James Bond (Sean Connery) walks to his room to find a barely-clad Sylvia Trench playing mock golf.

Bond ambles toward her with mock reproach: “Tell me, do you always dress this way for golf?”

She feigns remorse: “I changed into something more comfortable; I hope I did the right thing?”

He reassures her: “You did the right thing but you picked the wrong moment. I have to leave immediately.”

She leans up to kiss him: “Too bad, just when things were getting interesting again,” and then asks with mock concern “when did you say you had to leave?”

He bends down to her kiss saying, “Immediately.” Then after only half a glance at his watch he corrects himself in a tone that lies somewhere between foresight and hindsight, “Almost immediately.”

That scene lasting a little over 60 seconds splendidly showcases why Connery’s Bond remains apart from and above the others.

For starters, if Bond has to effortlessly woo tender-somethings from every passport-issuing nation he has to be beyond TV-commercial handsome. He needs magnetic looks and just enough naughty charm. 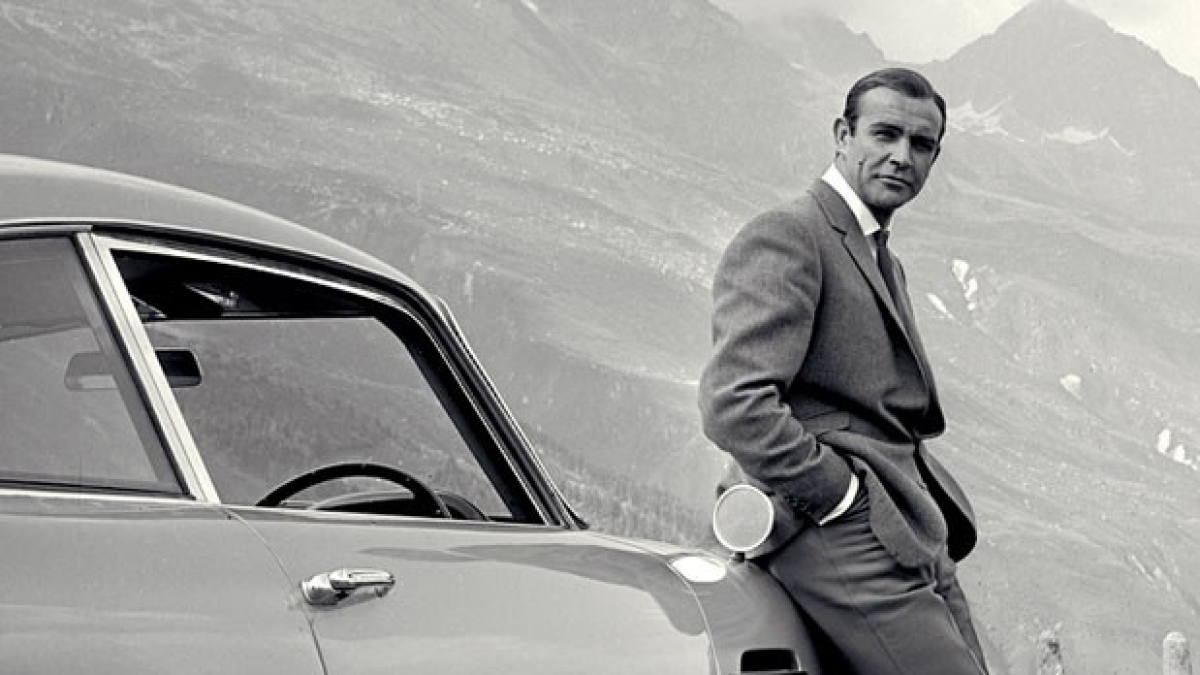 Of the other five Bond actors only Roger Moore’s looks rivalled Connery’s. Pierce Brosnan’s weren’t far behind, just behind. Timothy Dalton and George Lazenby were never in danger of setting hearts racing and a 2008 article in The Daily/Sunday Express tells of how Casino Royale transformed Daniel Craig first “denounced as too ugly” into a “sex symbol”.

21st century productions are so slick their ‘stickiness’ blesses the whole crew. That’s superior film-making. Even the boy grip comes off looking classy. Newer Bond films do that. But they’re still missing their Bond. Connery was charismatic before Bond.

Yes, he sleepwalked through later Bonds but the earlier films sufficed for him to leave an unsurpassed legacy. One that fans can cherish while waiting for better times. 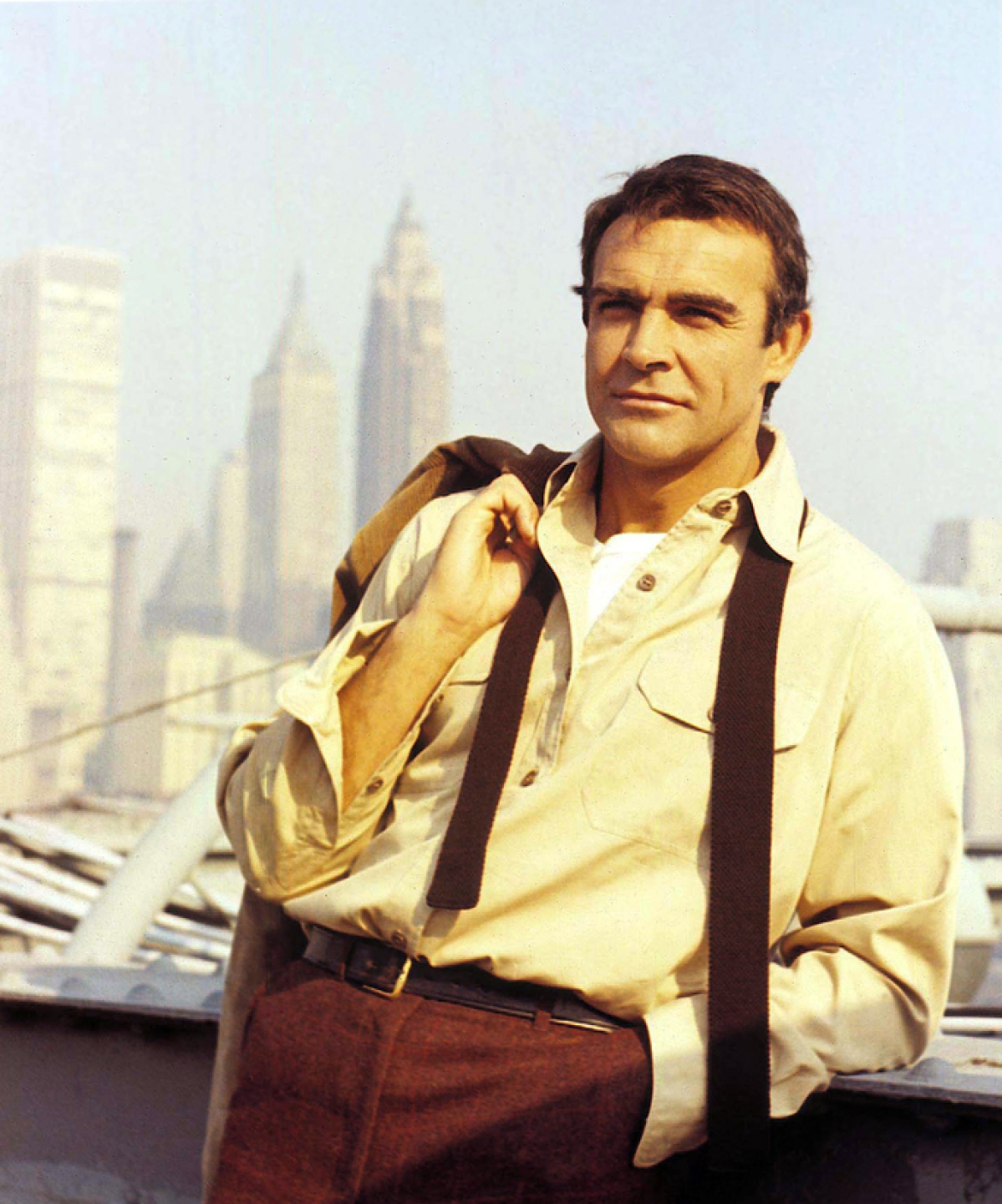 Bond-movie critics whine about their ‘adolescence’. That’s missing the point. They weren’t designed to be politically correct. They weren’t meant to be gender-sensitive. They weren’t made to be blindly faithful to Fleming’s Bond. Only a few 007s got that.

Dalton was a touch too tortured, Craig too conflicted, Moore too mischievous. Lazenby lasted for a frantic 120 minutes; too little time to make up his mind. Even the otherwise charming Brosnan seemed caught up in head-and-heart battles.

Connery knew that with James Bond it all had to be fleeting. He never let other characters or circumstances overpower – there was always the next gig, the next gun, the next gadget, the next girl to keep him focused on having fun while on the job.

Connery played 007 with just enough purpose and playfulness, never allowing conscience or conviction to get the better of him.

The subtler Bond humour that flourished under Connery, turned a tad mindless under Moore, disappeared under Dalton, bounced back under Brosnan only to be choked to death by Craig.

Early in Thunderball while hunting for missing nukes M innocently wonders at a photo of an alluring Domino: ‘think she’s worth going after?’ Bond embarrasses M with mock civility ‘I wouldn’t put it quite like that, sir.’ Later Domino, having just killed a villainous Largo, sighs: ‘I’m glad I killed him.’ Bond having just escaped death at Largo’s hands mutters: ‘You’re glad?’

1960s and ’70s Bonds featured relatively simple scripts, screenplay, sound and now laughable stunts. Yet, Connery walked the screen like a panther - his eyes, his lips, his hands, his whole body commanding the camera’s eye and the eyes of everyone on and off screen. Bond producer Albert Broccoli once said: “The difference with this guy is the difference between a still photograph and film. When he starts to move, he comes alive.”

Brosnan’s blend of sobriety and sauciness were welcome. But if you looked expectantly as M pointed at “Commander Bond” your heart fell as the camera panned to Brosnan struggling to fill his Navy suit.

Moore was ridiculously handsome - his voice, the way he was at home in a Rolls Royce Silver Cloud. Still, he lacked Connery’s electric presence and physicality. 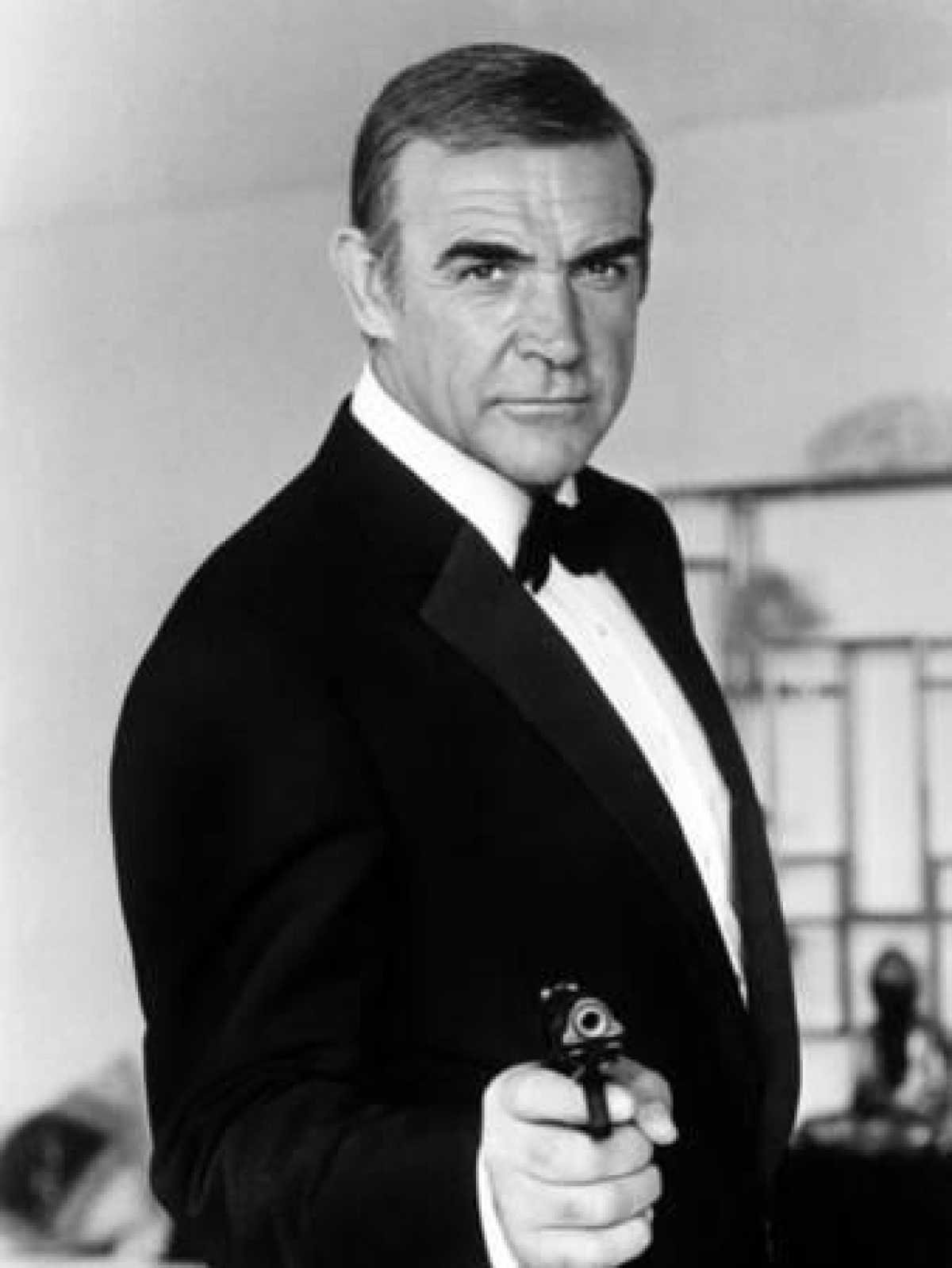 Fifty years after Connery first posed for her and her classmates in the Edinburgh College of Art, Ms Hilary Buchanan (18-year old Miss Hilary Lewis in the 1950s) remembered: “.....his dark eyebrows more than his body even though that was spectacular. He had a presence, a very solid presence.” (Even as an unknown, Sean was still a draw – 22 August 2003, The Scotsman)

Film writer Bob McCabe once recorded Shelley Winters’ appreciation of things Connery: “Sexy at 26 and at 67 even more so. To be his leading lady, I’d lose 50 pounds and get my face lifted. As a matter of fact, I’d get everything lifted.”

The first Bond director Terence Young admitted: “He has splendid presence....and a quality that I have seen in only one man previously: Clark Gable.” That was before Young helped groom Connery!

When producers were casting their first Bond it was a woman who discounted Connery’s obscurity, intuiting that he would light up the screen – in or out of an Aston Martin. 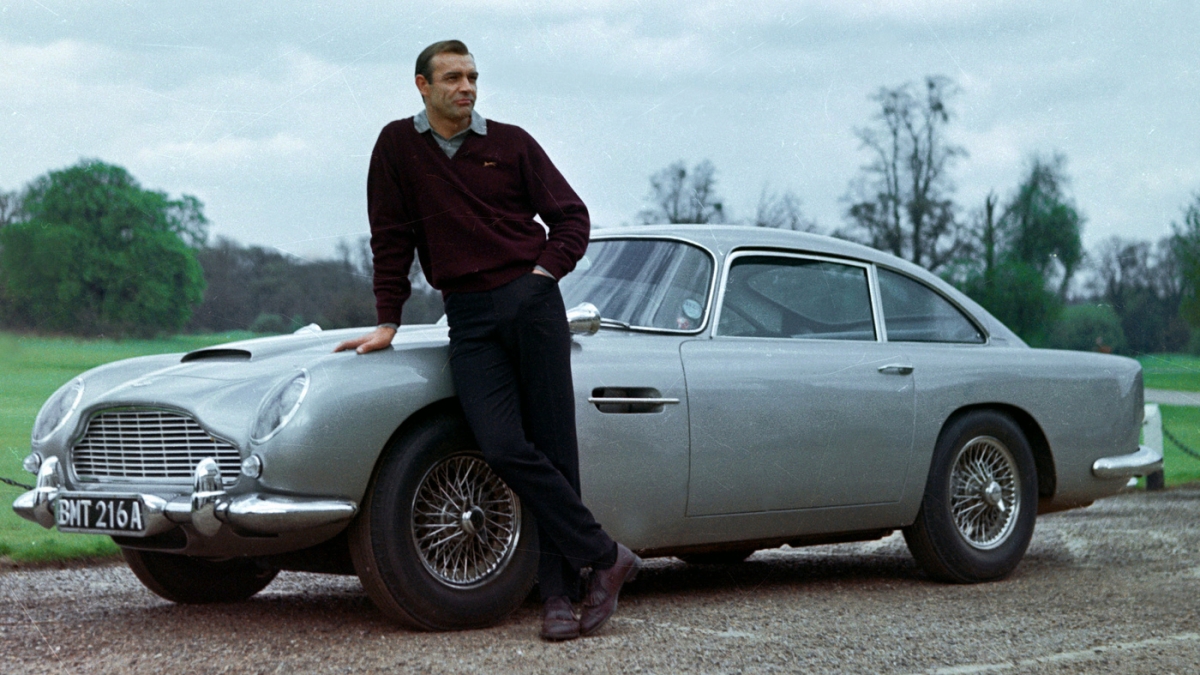 Broccoli while watching Darby O'Gill and the Little People pleaded with his wife: 'Could you look at this film? I don't know if this Connery guy has sex appeal.' Dana recalled: “I saw that face, the way he moved and talked. I said: 'Cubby, he's fabulous!' He was just perfect, he had star material right there."

That was before Bond.

Even today, if the likes of Broccoli-Saltzman-Dana were shown the six ‘wannabe-Bond’ actors together, in their prime, they’d probably pick, as McCabe so memorably told us, the man who was advised to ‘wear his only suit to impress the producers’ and didn’t. The man who was told to dress formal but ‘showed up in casual, even scruffy attire, wearing baggy, un-pressed trousers, a shirt without a tie’, the man with a ‘receding hairline’ who’d need a wig to play Bond, the man who flatly refused a screen test insisting that ‘they could take him or leave him on the strength of what they’d seen’. 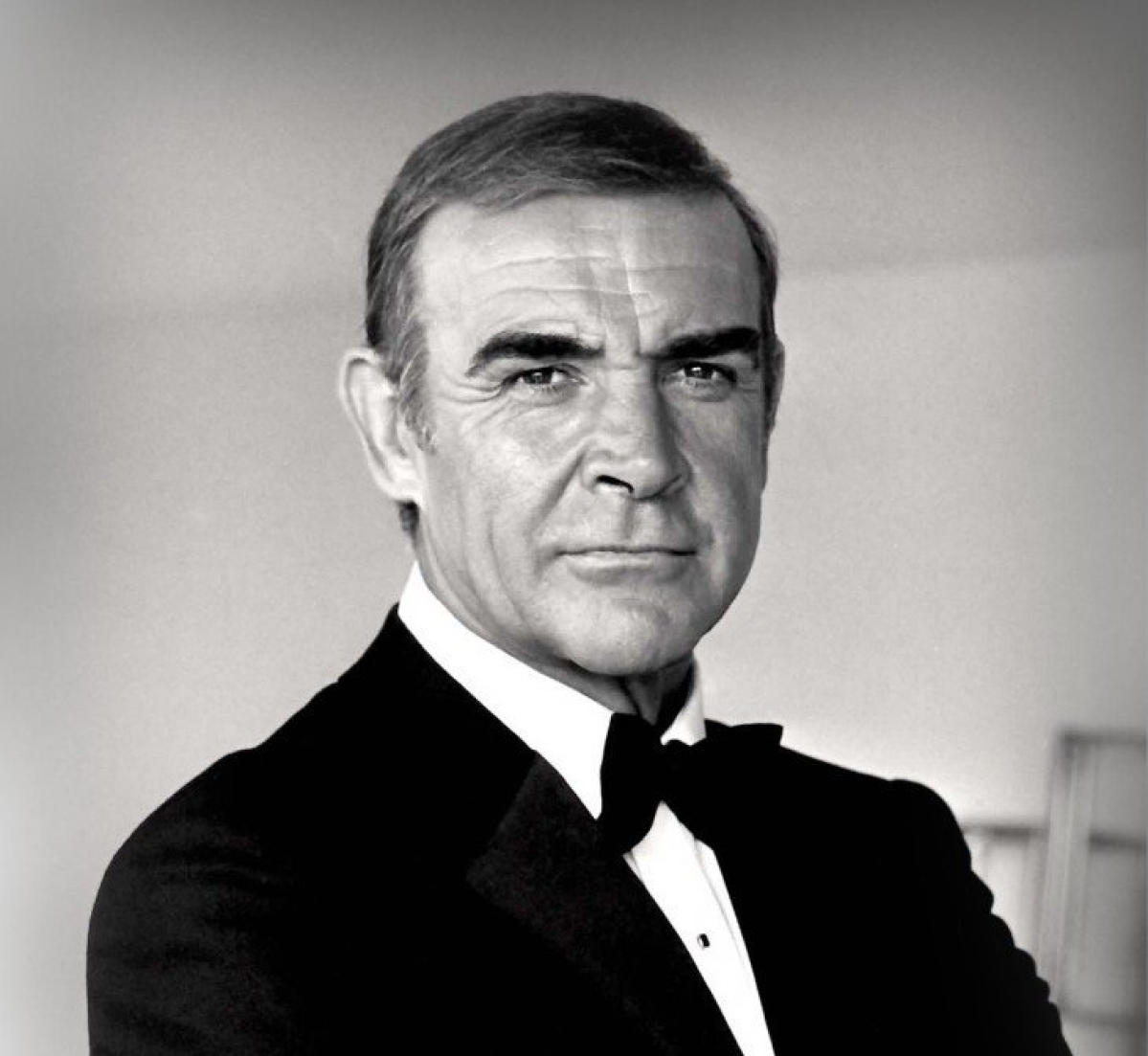 Connery is nearly 90-years-old. When he does have to leave us “immediately” as he one day must, maybe just maybe he’ll linger awhile? And after half a glance at his watch correct himself to say, “almost immediately”?

Sure they’ll find another Bond actor for the next Bond movie and the next. Just let them try finding another Bond.